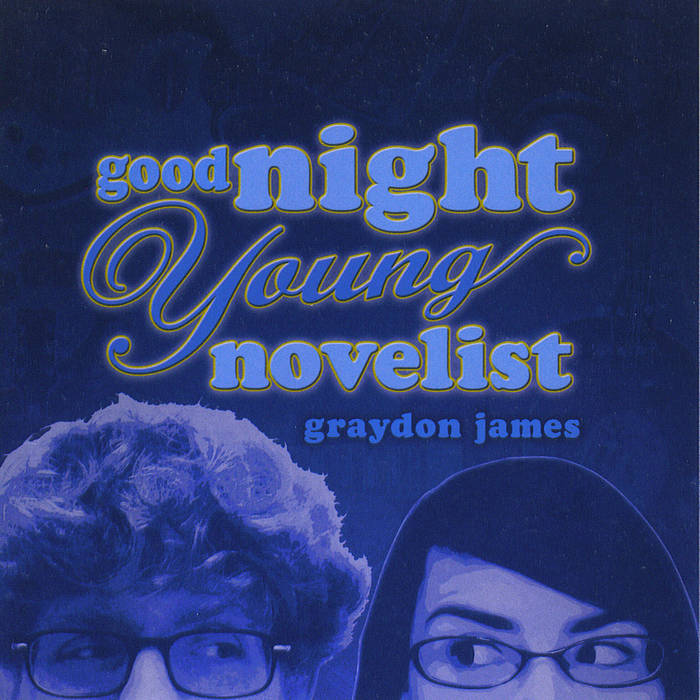 In April 2009 Graydon James had a band, but no album. By August, he had an album but no band. He also had a two-week east coast tour booked, culminating in a CD release show in his home base of Toronto. The fledgling singer-songwriter, who released his debut solo EP in 2007, had spent the past three months arranging and recording his sophomore release: a harmony-driven, roots-based, hyphen-inducing double-album of 40 songs titled “goodnight, young novelist” that tackled heartache, small towns, Canadian fame, and dropkicks with equal aplomb. Now, looking down the double-barrel of a CD release tour, he needed a band to bring the recording to life.

Fortunately Graydon had deep roots in the music community, being a drummer for Toronto indie bands ranging from jazz to pop to roots rock to funk to mod beat and back again. Armed with a wish list of local musicians, and with barely a month to rehearse, Graydon assembled The Young Novelists and took to the road, performing in clubs from Peterborough to Vermont to Montreal to Halifax, often playing up to three hours of original music plumbed from the newly minted double-disc. The band forged their sound between the hammer of creativity and the anvil of the stage, rehearsing in the van, motel room, or around the campfire, and returned to perform to a capacity crowd at Toronto’s venerable Cameron House.

Since then the band has made numerous festival appearances, including the Winterfolk Festival (Toronto), Niagara In the Soil Festival (St. Catharines), Sound of Music Festival (Burlington) and North by Northeast Music Festival (Toronto). They recently won the Galaxie Rising Star Contest against the likes of Jill Barber and Madison Violet. They have also been busy garnering word-of-mouth buzz and critical praise from the media, including reviews on CBC’s The Hour Music Blog, NxEW, and Grayowl Point, and appearances on Canadian Spaces on Carleton Radio (CKCU 93.1FM) and Trent Radio (CFFF 92.7FM). Their track 'alyson, everything i know is wrong' was recently featured as 'track of the day' on CBC Radio 3. The infectiously energetic band has a tight sound, punctuated by warm four-part harmonies and salted with layers of bouncy piano, moody organ, romping bass, plucky banjo, heartfelt melodica, spry mandolin, and plaintive guitars, all centred by a deep-down roots-driving drum beat. They have been compared to The Traveling Wilburys for catchy roots hooks, The Band for heartfelt harmonies, and Wilco for intricate arrangements, but Graydon James & the Young Novelists have a sound all their own – and they thank you for listening.