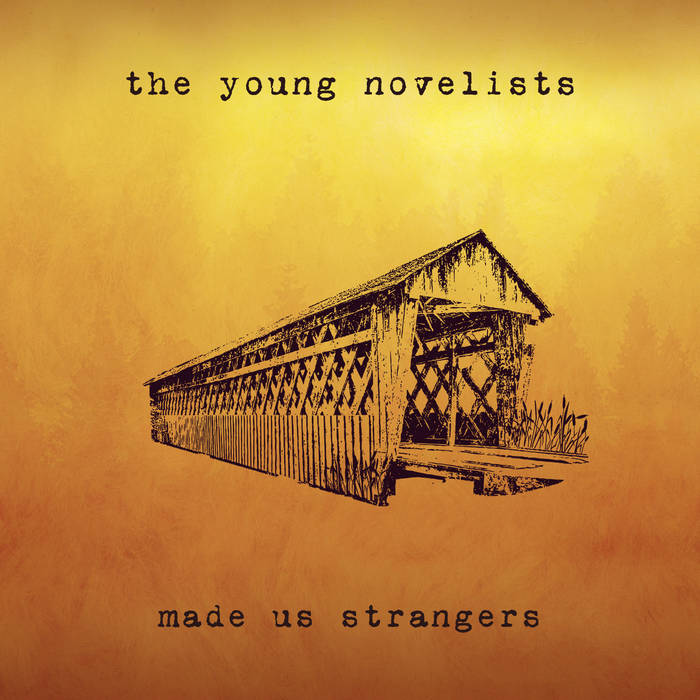 winner of the 2015 canadian folk music award for new/emerging artist of the year, and nominated for vocal group of the year.

this album was recorded in the hot blaze of summer, from july 14th to august 12th, at ill eagle studios in the neighbourhood of leslieville in the city of toronto. we worked our schedule against the summertime minefield of weddings, work, and watersports. as often as not we recorded while eating late lunches and later dinners, and between takes we would call our loved ones to tell them not to wait up.

it means so much to us to have supportive folks in our lives, who allow us the opportunity to do what we love. we would like to take a moment to thank broghan, eileen, eva, kelly, lauren, and simon for their exceptional patience and support; we would like to thank our manager, amie therrien, for being able to get things done despite our decision-making process; and we would like to thank carlin nicholson for shepherding this album into existence with his mad producer skills. thanks as well to jaron freeman-fox, mike o'brien, neil quinn, janine stoll, and steve mcnie for lending their phenomenal talents to this album.

we would also like to thank all the fine folks who came to a show, hosted a house concert, gave us a space to crash while on tour, or bought a beer at a venue that supports live music. it doesn't mean much without you. thank you for listening.

all songs written & arranged by the young novelists

we acknowledge the financial support of the government of canada through the department of canadian heritage (canadian music fund) and of canada's private radio broadcasters.

typical of you to feel it right in your bones

we never collide in a space of our own

can't you recognize that your life is a palindrome?
pulling at your teeth as your sister insists
she's never gonna change with a heart like a fist
but it's easy to arrange when fate is a fatalist

a summertime alone shouldn't be this hard
drab as a fool, aloof as a bard
proud in the rain & sensitive as a scar
& all my former
loves would warn her
the end will be as difficult as the start

BR.
in your wounded pride your failure to hide
how you react i'll come right back
you can brace yourself against every consequence
& when they fall your back against a wall & all
your subtle evidence defeats your own defense
& each exception to yourself oh it only seems to help
erase the lines that you have drawn
on & on & on & onward...

typical of you to feel it right in your bones
we'll never collide in a space of our own
can't you recognize that your life is a palindrome?
Track Name: singer-songwriter
SINGER-SONGWRITER

i met you on my way to hollywood
you asked me to hold on, i said i would
FC by virtue of your will i hold on to you still
F AmGC the nights are bad & the days are just as good

your secrets walk the boards on the stage
& curtains drawn, your voice in a rage
i know you didn't mean
to ruin everything
i'm sorry if i got in your way

you told me i was your only safe bet
& then you told me the truth in a voice filled with regret
the critics always state
that you were not that great
but i swear it was your best performance yet
Track Name: always make the mistake
ALWAYS MAKE THE MISTAKE

[ch]
Track Name: brothers in the garage
BROTHERS IN THE GARAGE

don't you recall? your temper in the fall
& the lyrics you infer, well your brother won't concur
don't you recall? [instr. chorus]
stuck behind the cymbals where
you draw the line & disappear
for hours at a time / you rise & i'll decline
for now it seems the ends will
justify the means & you don't trust
the fact we both belong
& i will prove you wrong...oh

pent up & analyzed for centuries it's no surprise
you've changed the middle eight
inciting the debate...oh

[outro]
Track Name: for the record
FOR THE RECORD

for the record this is gonna hurt
i shed a tear for you at work
surrounded by people i didn't wanna tell
oh i hid it well.
i wanna risk it but i don't wanna fail
launch the boat with the broken sail
watch it sink beneath the

[chorus]
waves...anyways, what is beneath?
it'll stay the same just out of reach.

[ch]
change...it's a shame
to look into these blue eyes.

take the reins, go find yourself again
it's your acumen to test the mettle that we've
got to spare & what we've got is rare
& you don't have to care but i have to believe

hide away until we find a way
you don't have to say but i have to believe...

[chorus]
i was always shy i can't hold a candle to
the one in your eyes they magnify it takes some time
'til you don't recognize & no surprise
it's always the blind leading the
blind-sided by: tell me when you once were wild

tell me how you reconciled
the truth that bends around your closest friends
your first & your last denial
did they feel the same? it's a crying shame
you've never walked a lonely mile
but it came & went & came back again
tell me when you once were wild
was it different?

patience is spent
like a burnt cigarette
& the lie you're bound to forget
starts out like a friend
& it happens again
oh who the hell let you in?
in the end, what lies ahead?

subtle as skin
when the end just begins
& the line that suckered us in
is drawn in the sand
it's not like we planned
to know just the back of the hand
in the end, what lies ahead?

patience is spent
like the days since we met
wondering how did we get
from the line in your heart
to the state of the art
in breaking the news to our friends
in the end...it's what lies ahead
Track Name: couldn't be any worse
COULDN'T BE ANY WORSE

[br]
uncover the loss the havoc you cause
the face to the name & the line that you cross
placing the blame leading me on, stealing a song
take it from me

there's a slight despair in your voice at the end of the line all the empires carefully built are in decline
Track Name: who can say
WHO CAN SAY